Round 2 of the FMQ...I didn't get a chance to post my progress last week, so I've combined them into one long one, so prepare yourself...

I am really enjoying playing around with free motion quilting. I've always wanted to be good at it, but never really wanted to take the time to practice. Now I actually find myself looking forward to it. Weird, right?

Last Week's:
This week I made one small change but it made a huge difference for me. Ready for it? I slowed down my machine! I know, every one of you has already done it, but since I cannot seem to get my foot off that pedal I decided to try it. My machine has three speed settings and I found that medium was my optimal speed.

So, this week's pattern was "Slate Tile" from the Free Motion Quilting Project: 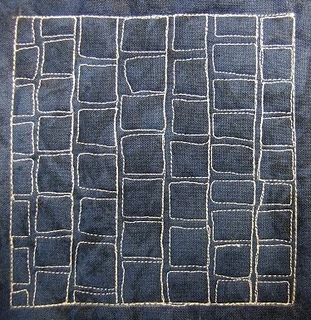 I was positive that I would be awful at this pattern. Curvy, swirly designs just seem so much easier, but honestly, I think I did better on this one than the curvy patterns I've tried before.

Here is my first attempt: 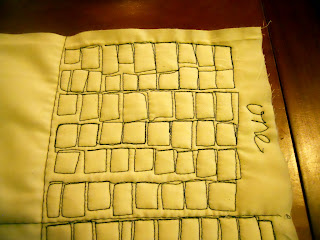 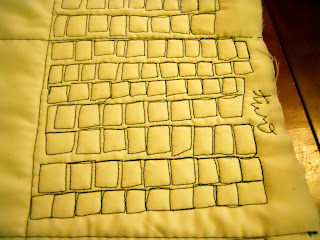 I did much better on the rows where I moved from the left side of the fabric to the right. For some reason when I was going the other direction I was very inconsistent about the way I made the square and retraced the same lines more than once. Weird. 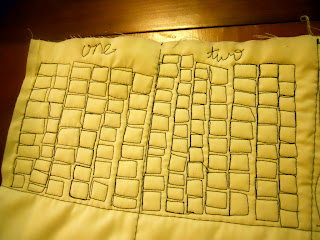 Now for this week's pattern... 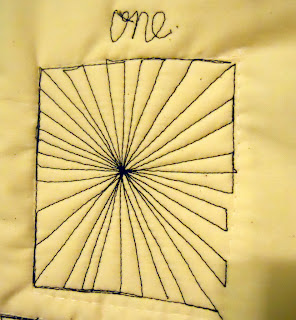 Maybe not. Really, it wasn't too bad, but I keep stopping before I get to the edge of the box and my traveling stitches leave a little to be desired. 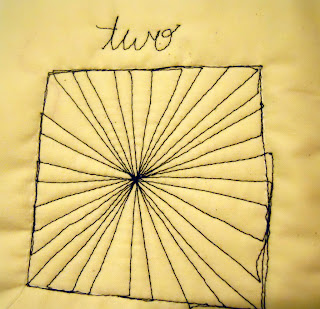 No idea what was going on over there on the right....

On these first two, I left my feed dogs up after reading some people say that works better for them. I didn't have any problems doing it this way, but it seemed a little smoother with them down. Not sure it made too much of a difference, but on the third try I put them down... 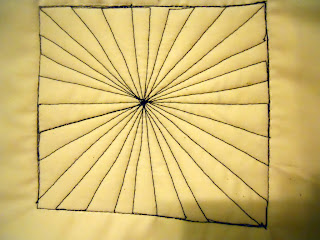 Now, if you want to see some professional FMQ-ers, check out Cindy's link-up at FMQ Fridays on Fluffy Sheep Quilting.
Posted by Toni at 1:18 PM