Well, sort of my latest.
Not my most recent finish, but the one I had time to finally take pictures of yesterday evening. 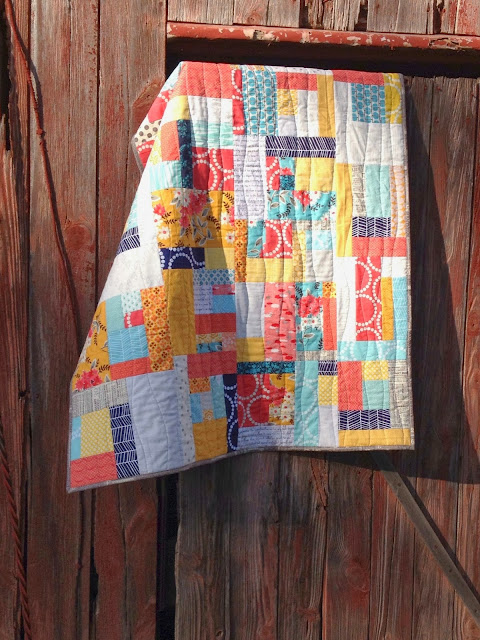 This quilt was purely inspired by a heap of scraps sitting on my table. I was making an attempt to work on some QAYG Log Cabin blocks that were on last quarter's FAL list and was becoming frustrated by them. It seems that when I want to make things wonky, it doesn't work, but when I really am trying for straight and accurate piecing, the wonk appears. So, I got rid of that plan and just started sewing scraps together. 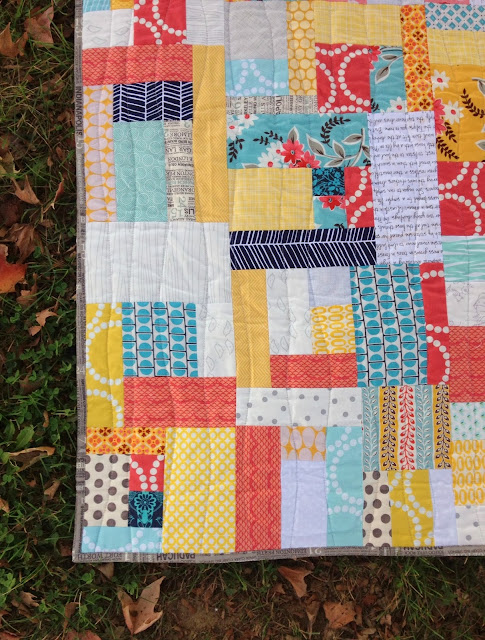 And this is what happened. It was very fun to make, one of those projects that you just keep working on, excited to see where it goes. 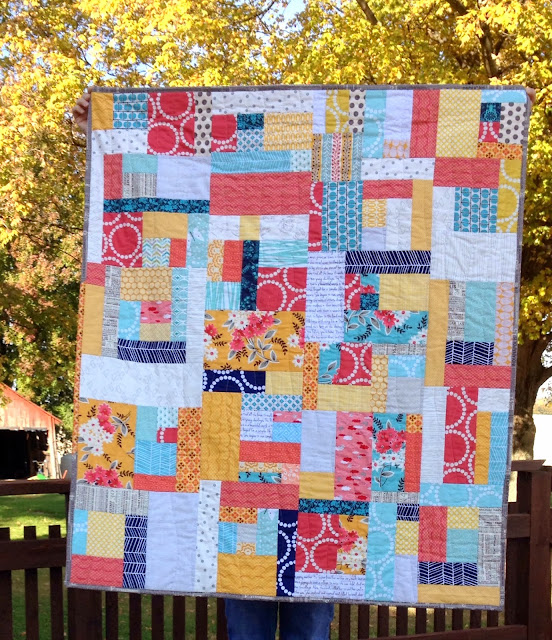 I'm not sure where this color scheme originated for me, either in those QAYG blocks mentioned above, or this quilt the Imagine Circle worked on earlier this year. Either way, I'm still not tired of it! 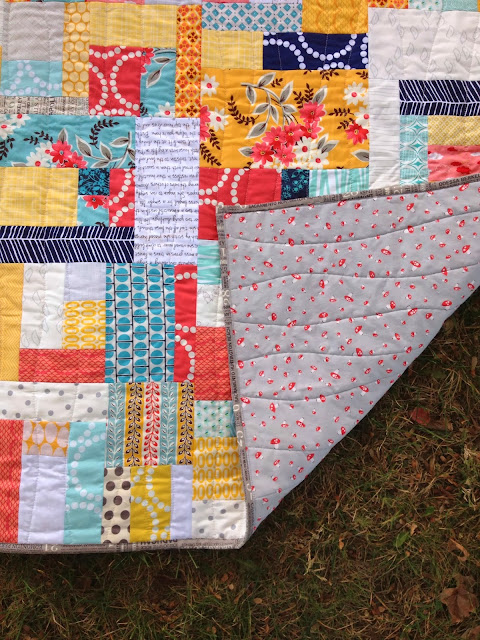 For the backing I used this cute mushroom print from Aneela Hoey's A Walk in the Woods line. I thought it was a nice contrast to the crazy front and as a bonus, I had enough that I didn't have to piece the backing. The binding is mostly the dark grey text print from Sweetwater's Hometown line with a little piece of FMF thrown in. And of course, the quilting is random wavy lines. Surprised? I'll have you know that I've finished three quilts since this one and none of them have wavy lines. Seriously.

This one is listed in the shop.
Posted by Toni at 6:46 AM